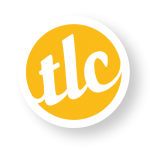 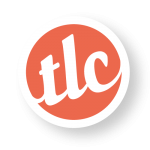 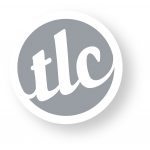 What can we learn from these celebrities' deaths?

We are always saying how important it is to have a Will (well, we would, wouldn’t we!).

However, celebrity deaths often highlight the importance of having a Will through the complications, legal battles and high-profile disputes that occur following their death.

So, what can we learn from them?

When Prince died in April 2016, he left behind an Estate that was worth an estimated £230million.

With no Will in place it was decided by a Probate Judge that his Estate would be divided between his sister and five half-siblings (despite numerous claims from alleged ex-wives, children, siblings and other relatives).

During his lifetime, Prince had many legal disputes with his half-siblings and thus it is unlikely he would have wanted them to benefit from his Estate, although we will never know.

Be clear and specific

Although Audrey Hepburn died in 1993, due to her wishes being unclear, the legal battle in relation to her Estate was not resolved until 2015, some 22 years later!

Audrey Hepburn had left a Will but had stated that her ‘memorabilia’ would be split between her two sons although no instructions were given as to which items were to go to which son. The sons could not agree on the division of the memorabilia and thus a long and expensive legal battle ensued.

Giving detailed instructions within your Will (or even an attached Expression of Wishes) can save time, money and family feuds when you are no longer around.

It is never too early to put your Will in place (especially when you have children!)

Paul Walker died at just age 40 BUT he did leave a Will that he had made three years after the birth of his daughter, when he was just 28 (many of you may think this is young to make a Will!).

Paul Walker had left a brief Will but it was very clear that his Estate should pass to his daughter, in trust.

Paul Walker had also appointed his mother as legal Guardian of his daughter.

Putting Guardians in place is so important to ensure your children are brought up by the people YOU trust, should anything happen to you.

You can plan for more than just your finances, property and personal possessions

Muhammed Ali left behind an Estate worth approximately £61million and not only did he have the forethought to make a Will stating his wishes and who he wanted to benefit from his Estate but also how he wanted his funeral events and public memorial to be.

The extravagant events were carried out in accordance with his wishes, including a memorial service over several days, a festival and public memorial with over 15,000 of his fans.

Leaving your wishes regarding your funeral in your Will can ensure that there are no questions or disputes between loved ones as to what you want and relieves some of the emotional burden that could otherwise be felt.

If you have any questions or would like to consider planning for your future, by putting a Will in place, please call us on 01727 865121 or drop us an email Info@TotalLegacyCare.co.uk

Have a Question or
want to book a
FREE Consultation?

Join us on socials